The West Waterford pony club had a “spooktackular” day at their Halloween show that was held at Richard and Niamh Marsh’s home in Curraglass on the 30th of October.  A great obstacle course was set up for a hunt chase competition with riders having to negotiate fences, bending poles, banks and stepping stones.  The younger members were ably assisted by the older members within the club and were given great assistance by our super instructors, Ashling and Paula O’Brien.  There was great encouragement from the competitive parents on the side line.  Next there was the fancy dress with some super costumes on display; all entrants were awarded with a range of prizes from best smurf team to best mermaid! 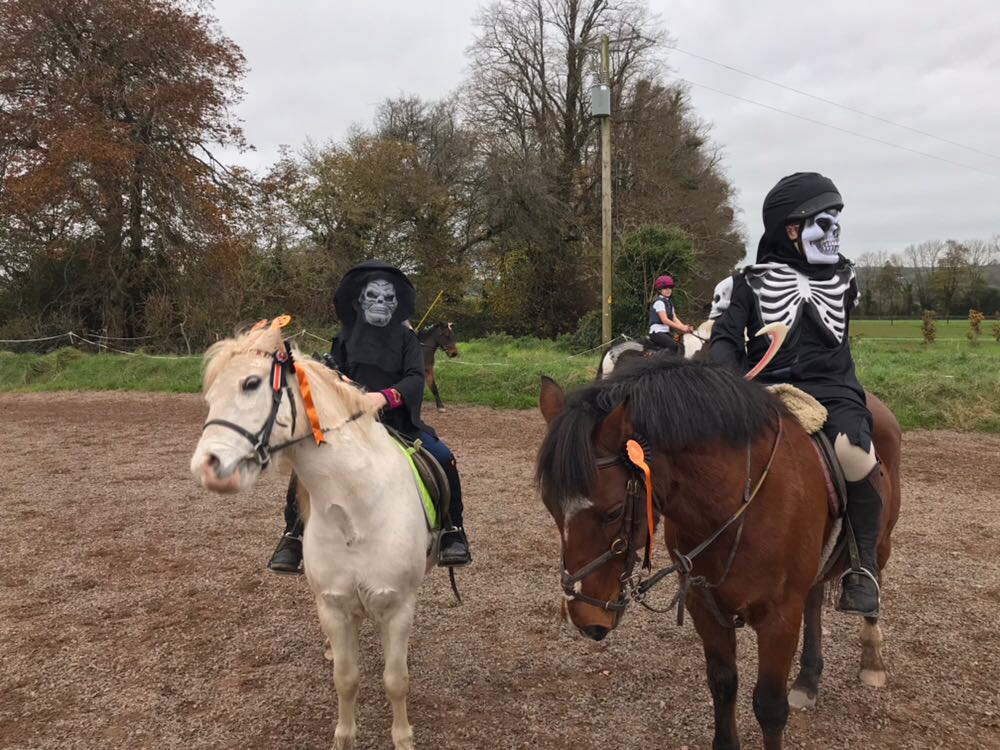 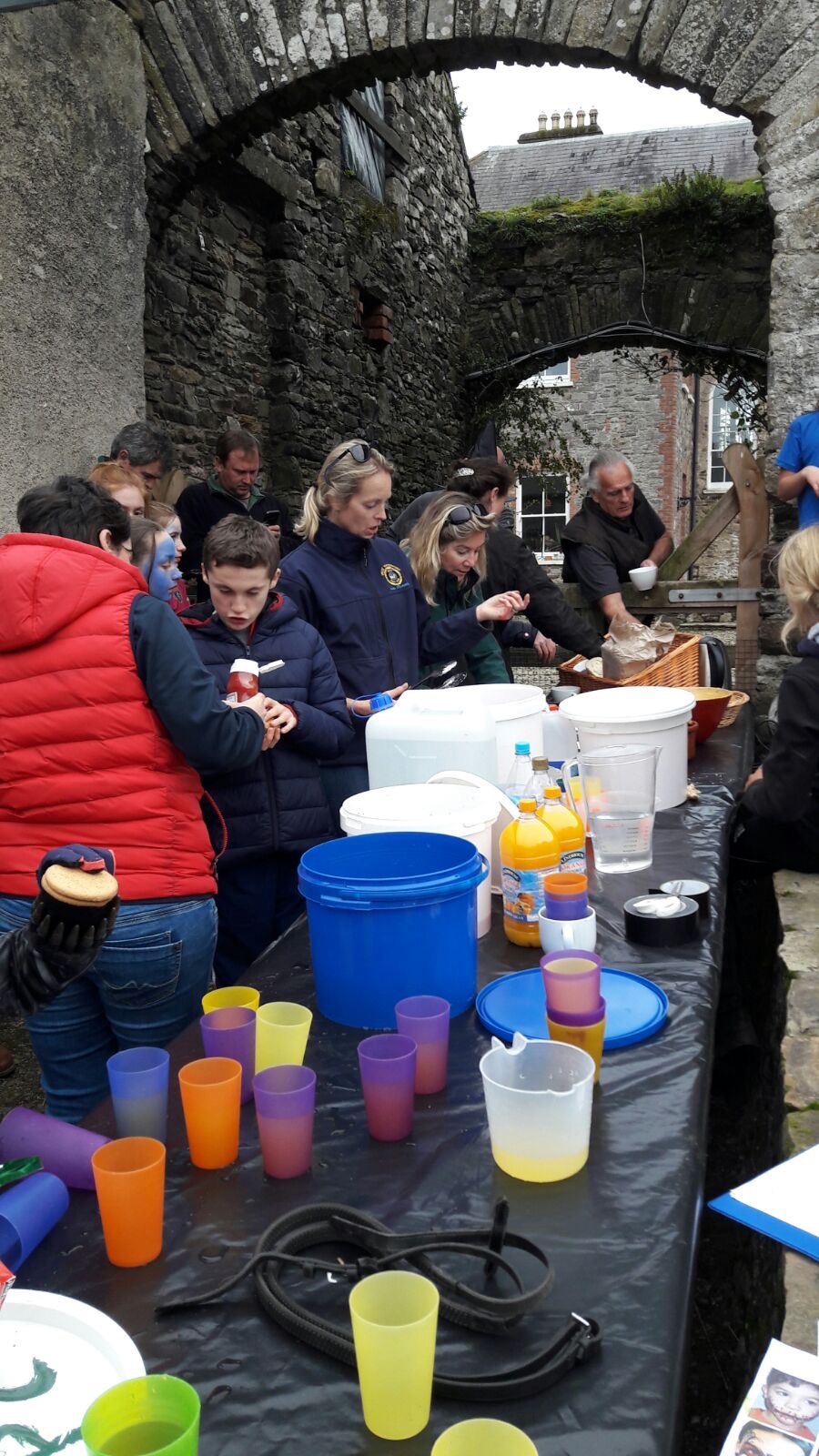 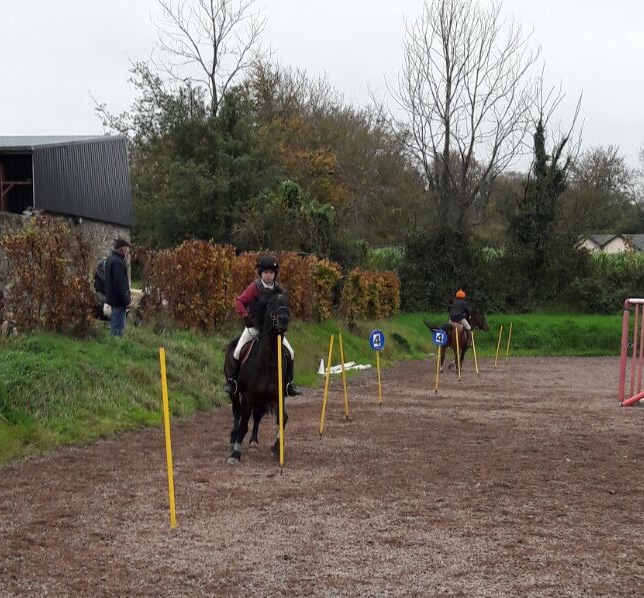 Once the horses were returned to their boxes it was on to the haunted horse box which was prepared by Amanda Hogan.  The kid’s shrieks from the horse box could be heard all over Curraglass.  Huge thanks to Amandaa for the super job she did.  Next it was on to a great feast prepared by The Marsh family.  It was a great day’s fun – big thanks to all the members for their help on the day.  For further details on the West Waterford pony club see www.westwaterfordponyclub.org

Following the very sad passing of Anne Crowley, as a mark of respect we have decided to cancel tomorrows Senior Test Information Day. We will refund all entries and will inform you of the new date over the next few days.

Anne was a fantastic lady. Her kindness and dedication was evident in all she did for the pony club and its members. Rest in peace Anne, you will be dearly missed.

Another fantastic night for our annual ice skating   outing with the West Waterford Pony Club, great to see so many of our members having fun on the ice . ... See MoreSee Less

West Waterford Pony Club 2023 membership now open
We are looking forward to welcoming our current members back and would be delighted to see new members joining. www.itsplainsailing.com/org/wwpc

Any questions at all, email us at dc.wwpc@gmail.com ... See MoreSee Less

Lovely sunny day at the Jumps Ahead SJ in Ballindenisk on Sunday, well done to Harry Roch-Perks who came 2nd in the 90s out of a very competitive field and Ava and Ella Murray and Jessica Collender who all had super rounds .🐎🐎🐎 ... See MoreSee Less

Another very successful  year with the West Waterford Pony Club Awards night and quiz ,held at Lismore Golf Club ,big thank you to all the organisers, parents, children and their ponies, here’s to another great year in 2023 . ... See MoreSee Less

Well done everyone fabulous achievement throughout the year

West Waterford Pony Club Halloween rally ,thanks to everyone for making this year a👻 spooktacular 👻success 🎃🎃 🎃 ... See MoreSee Less

Entries Now Open for our first Jumps Ahead qualifier on October 23rd. SJ heights from 50cm to 1.1m so something for everyone. Great jumping in a fab venue with great prizes at our final.

Full information and our rules on our website
www.muskerryponyclub.com/jumps-ahead/

Countdown is on for our upcoming Irish Pony Club Jumps Ahead League. All dates will be in Ballindenisk with great rosettes and prizes again this year

Was great fun 🤩 looking forward to next time .